To order any of our titles please email shop@korumburrahistory.com.au 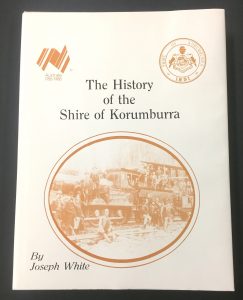 The History of the Shire of Korumburra

Joseph White is a descendant of the pioneer White family of Krowera. This book records people and events over the whole of the shire.
Contents: The Shire of Korumburra • Men and Women Honoured by the Shire • The Shire at War and Afterwards • Shire Activities • Towns and Districts of the Shire • Churches of the Shire •Newspapers of the Shire • Coal Mining • Schools of the Shire • Services Clubs, Lodges and Benefit Societies • Butter Factories and other large industries • Racing Clubs and other sports • Police Stations, Post Offices, Banks and Courts of Petty Sessions • Sub branches of the Returned Services League • Parks and Recreation Services • Infant Welfare Centres, Hospitals and Ambulance Services • Town Back-to Celebrations, Family Reunions and Memorials • Agricultural; Societies and Village Settlements • Hotels in the Shire’s towns, • District Cemeteries • Railways in the Shire • Fire Brigades and the Country Fire Authority, • Saleyards in the Shire • McDonald’s Track and the Nyora Post Office Reserve Company • Scouts and Guides • Public Halls. 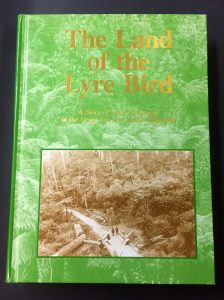 The Land of the Lyre Bird

A story of early settlement in the Great Forest of South Gippsland
Being a description of the Big Scrub in its Virgin State with its Birds and Animals and the Adventures and Hardships of its Early Explorers and Prospectors
Also
Accounts by the Settlers of the Clearing, Settlement and Development of the country
Korumburra & District Historical Society 2007, Hardcover, 449 pages.

A collection of experiences and reminiscences of the early pioneers who tell, in their own words, the problems encountered when facing the hazards of developing virgin soil. Many of the descendants of the people whose words are recorded here are still farming the original settlements, and the growth and prosperity of the area is due, in no small measure, to the efforts of the early settlers. 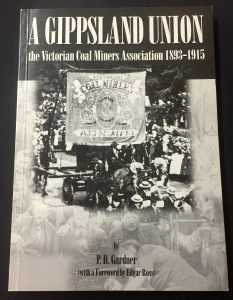 On the first of January 1903 the members of the Victorian Coal Miners Association, a Gippsland union based in Outtrin, Jumbunna and Korumburra were locked out. Thus began a drawn-out battle between capital and about which lasted seventy weeks and was generally known as the great strike. The following years saw the struggle continue with the temporary disbandment of the union, a Royal Commission on the Coal Industry, a Select Committee on the same a few years later and a landmark High Court case known as the ‘Jumbunna Case’. Coal capital continued the struggle against the union well into the next decade when the dominance of the State Coal Mine at Wonthaggi , and its conciliatory policies towards the union, saw the VCMA once more establish a firm footing with the private mines in decline. A Gippsland Union documents in detail the miner’s struggles. 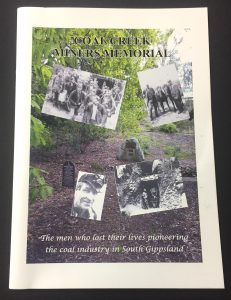 The names of forty-eight men are listed on two plaques which have been placed at Coal Creek Historical Park & Museum. Something of the families, the accidents that brought their deaths and the hearimgs that followed are recorded here.

Stories of Bena: The People and the Country 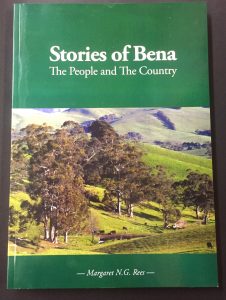 This book records the past through many eyes: books, newspapers, photographs and, most enchantingly, the reminiscences of many residents. Local histories such as this provide a very valuable resource, mapping cultural and social trends and recording the lives of people and places involved in them. People write the history of their locality because they want to keep a record of a geographical area that means a lot to them, to preserve past times,lifestyle and customs and because they think it deserves to be formally recorded This book introduces readers t the rich background of this small rural community. (from the foreword by Professor Josie Arnold) 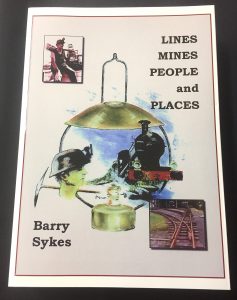 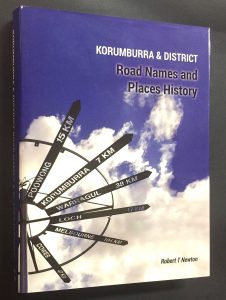 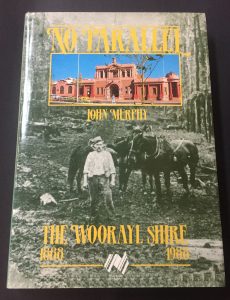 Woorayl Shire in South Gippsland is one of the most productive and scenic parts of Australia. Bounded on the North by the Strzelecki Ranges and on the South by Bass Strait, it was one of the last areas of Victoria to be opened up for settlement. The natural fertility of its soils, combined with a high rainfall, resulted in it being covered by a dense forest of blue gum and blackbutt which Count Paul Strzelecki, who passed through it in 1840, described as having ‘no parallel in the colony’.
It was into this forest that land-hungry penetrated along ‘bridle tracks’ in the 1870s and 1880s to mark out their selections. There were no squatters in the Great Forest – the selectors’ opposition came from the forest itself, the unremitting rainfall, the absence of roads and railways. The first generation spend the energies of a lifetime clearing their blocks, building their homesteads and forming communities. The book portrays the men and women who founded the churches, the Mechanics’ Institutes, the Labour Colony, the sporting clubs and the townships necessary to serve their needs.
No Parallel draws together the threads that formed the fabric of a society which transformed a ‘howling wilderness’ into a settled, productive region in the space of four generations. The towns and districts of Leongatha, Inverloch, Tarwin Lower, Stony Creek, Meeniyan, Dumbalk and Koonwarra today are the settlers reward for the years of labour and hardship. 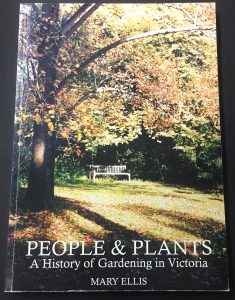 People and Plants: A History of Gardening in Victoria

Victoria is known as the Garden State. Gardening and horticulture have been important activities since the first settlements at Portland in 1834 and on the Yarra in 1835. Land was set aside for botanic gardens and horticultural purposes early in the life of the new colony. This history covers the development of public and private, town and country, hill station, allotment and native gardens. In particular it includes the history of the two horticultural societies and their interactions and influence on horticultural education. There are biographies of thirty-three interesting and influential gardeners and practical how-to-grow notes about popular garden plants, both exotic and indigenous, including their cultivation history in Australia.

The author, Mary Ellis, is a respected conservationist, well known in South Gippsland, where she has lived since 1984. 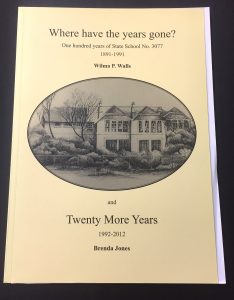 Where have the years gone?

Where have the years gone? has been produced to coincide with the centenary of the first purpose-built school building that the population of Korumburra could claim as their own, which was officially opened in March 1913. The book traces the establishment and development of SS No 3077 from 1891 to its centenary in 1991 and concludes with an overview of more recent developments from 1992-2012.