In the drought of 1938, crops died, fruit shrivelled on the vine, blooms fell and flowers withered; nectar was so scarce swarms of bees descended on The South Gippsland Cordial Co, and in the space of a few days consumed four gallons of the syrup used to sweeten and flavour the soft drinks. The bees were so voracious, factory manager Norman Ebsworth changed production to night time, and to discourage the bees all syrup utensils and containers had to be thoroughly washed before break of day.

James Lawrence opened The South Gippsland Cordial Co. in Mine Rd, Korumburra, in 1895. Towns large and small had their own cordial and aerated soft drink bottling factories, delivering ice-cold drinks in an era before household refrigerators were commonplace. Known as “The Lyre Bird” Cordial Factory because of the distinctive lyrebird logo on its bottles and signage, the original factory served soft drinks for the next 20 years, becoming a household name.

Bee attacks not withstanding, selling flavoured and chilled sugary water must have been a lucrative business. In December of 1917 the “Lyre Bird” Cordial Factory was advertised for sale in The Argus, “Freehold Land, Buildings, Aerated Water Plant, Assorted and Registered Bottles, 3hp Electric Motor and Sundries…The whole offered in one lot as a going concern, and if not disposed of will be sold in lots, as catalogued, as well as the Galvanised Iron Factory for removal – under instruction from Mr James Lawrence, who is giving up this Business.”

It passed through a number of hands in the first half of the 20th century, from a Mr William Dobell to Mr Ebsworth, to Mr. Parsons to Mr H.C. Goad, then finally to Mr Colin Malcolm McLean in 1946. McLean with a canny sense of marketing dropped the old fashioned Lyrebird label, and in 1948 introduced the hip, modern, jazzy looking “Joe’s” label. 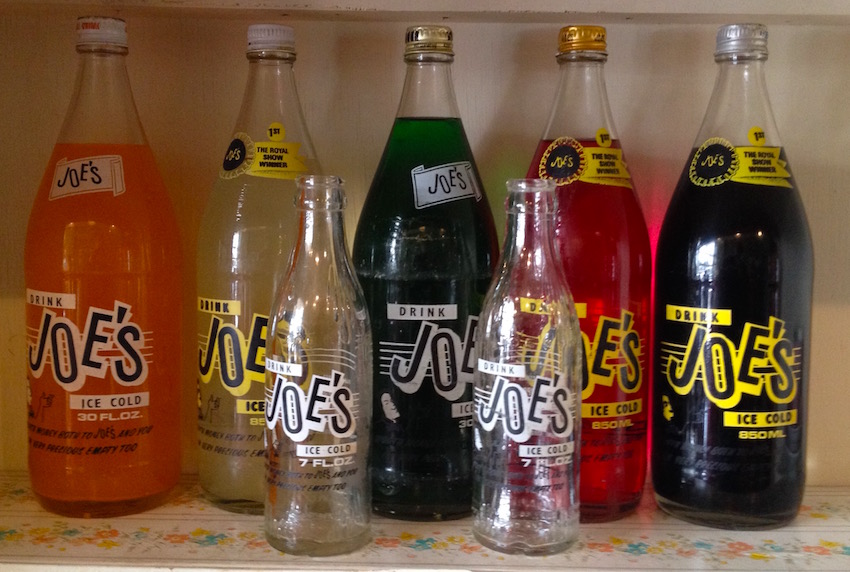 Of course the practice of making registered bottles that remained the property of the soft drinks company was common enough, as was offering a redemption for their return. Bottles were expensive, sugar water cheap. McLean actually made it a feature of his marketing, with the slogan

“WORTH MONEY TO BOTH JOE’S AND YOU, AND I’M VERY PRECIOUS EMPTY TOO”

below the famous Joe’s musical staves logo. Joe’s was a household name throughout Gippsland and the Mornington Peninsula for the next 40 years, repeatedly winning 1st place for best beverages at the Royal Agricultural Show, and surviving the encroachment of multinational conglomerates, but finally succumbing in 1986. 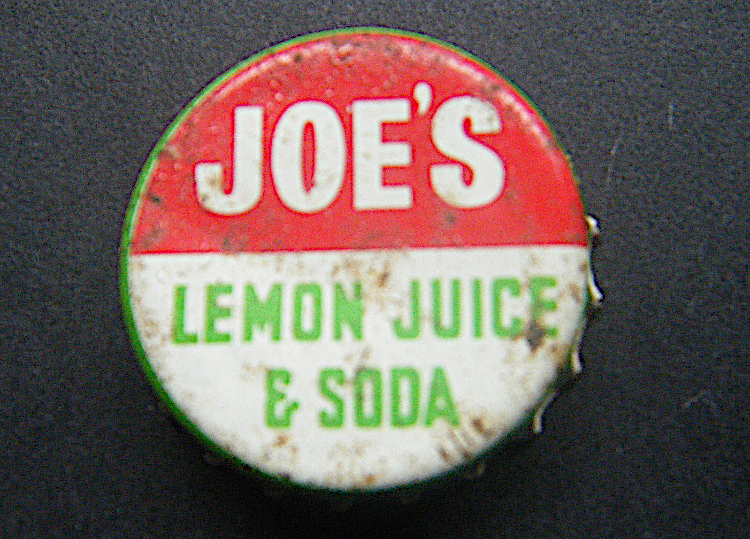 Joe’s bottle cap from the collection of John M. Breheny

This article was originally published on April 24th 2015 at Nerdalicious. Reproduced with permission.