The Alp Duplex: The Architecture 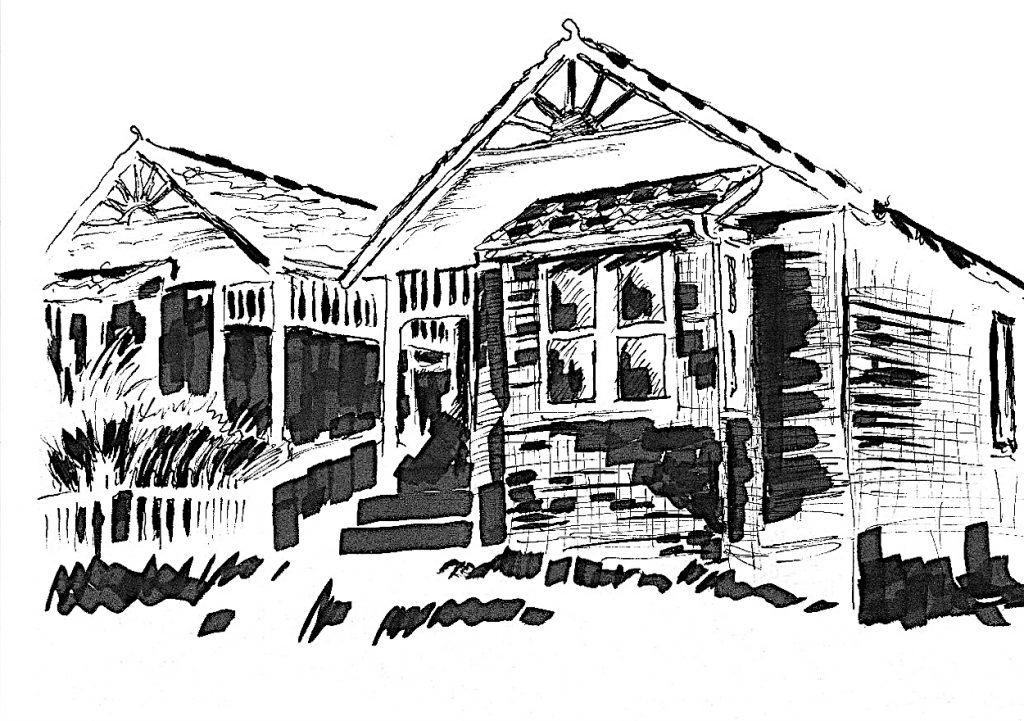 The Alp Duplex: The Architecture

Intriguing and unique, the mirror image duplex houses at 3 and 5 King Street are a fascinating part of the streetscape and story of Korumburra.

Viewing these properties, also termed maisonettes, there is a sense that you have transported to inner urban Melbourne. Their construction is in stark contrast to the freestanding weatherboard houses commonly built in Korumburra during those times. The decade of their construction was the 1920s when Edwardian or Federation was the popular architectural style.

Edwardian and Federation Styles (c 1901 and beyond) are largely similar with elements such as steeply gabled rooflines extending over verandahs, asymmetrical floorplans and tall multi-paned windows. However Federation houses embraced Australiana themes. They are distinguished by features such as leadlight windows depicting native animals and flowers, or a sunrise motif on the gable, representing the birth of the new nation of Australia.

The First World War and the ensuing influenza pandemic resulted in a less opulent form of domestic architecture. The Alp duplex houses display the more restrained period characteristics. Red brick construction is ornamented with stucco panelling. Roofs of terracotta tile completed with ornamental terracotta finials are typical of this style. Simple decorative areas of wooden fretwork finish the edges of the porch roofs. The prominent box bay window with its terracotta roof awning adds charm to the facade.

Significantly, on the front gables, the triangular section on the walls where the roof pitches intersect, we see the sunrise motifs. Depicted in wood, contrasting against the stucco panelling, the sunrise pattern is an integral feature. Two decades after the birth of Australia, and following the dawning of the ANZAC legend during WW1 (Australian troops wore badges featuring the sunrise motif), nationalism was celebrated in these houses.

The Alp Duplex Federation Houses are unique in the Korumburra streetscape. 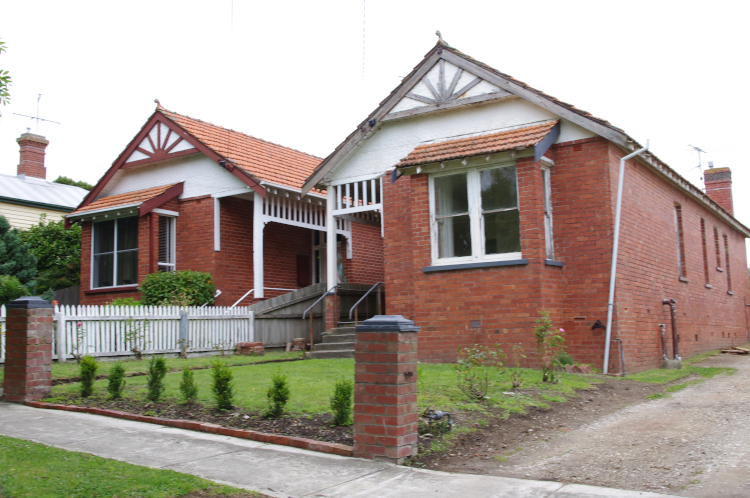 Coming soon……..
Elijah Alp, and the fortuitous circumstances in his life that led to the construction of The Alp Duplex. 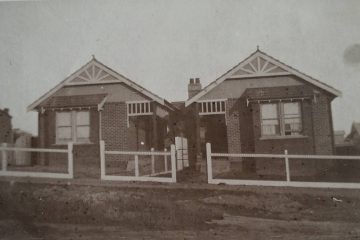 The Alp Duplex Part II by Judy Ife Elijah William Alp (Bill) Born England 1873- Died Korumburra 1959 By looking at the life of Bill Alp we gain an understanding of why, amongst the weatherboard Read more…