By looking at the life of Bill Alp we gain an understanding of why, amongst the weatherboard single houses of Korumburra, a brick duplex was built. We also understand the significance of a man who in the early part of the 20th century contributed to the bettering of the township of Korumburra. 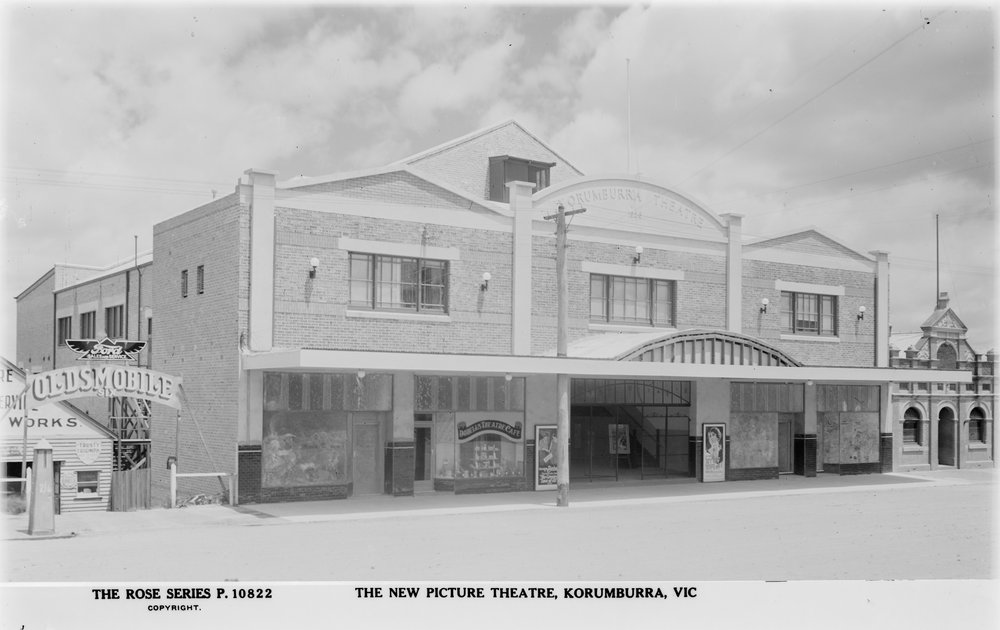 Bill arrived in Australia in 1912 with his wife and son. Later he settled in Korumburra, joining his brother Alfred. Bill had specialised in the construction of terrace houses in England, and this is our first clue to the Alp Duplex’s unique style.
A little over a decade after his arrival, Bill had a success in the “Tatts” lottery. With a number of others, Bill formed the Alpha Theatre Company and commenced construction of a magnificent Theatre and Palais de Danse. This was to be Korumburra’s first purpose built theatre. Built in Commercial St, the construction was a modern design, brick building with 2 levels and 4 shopfronts. 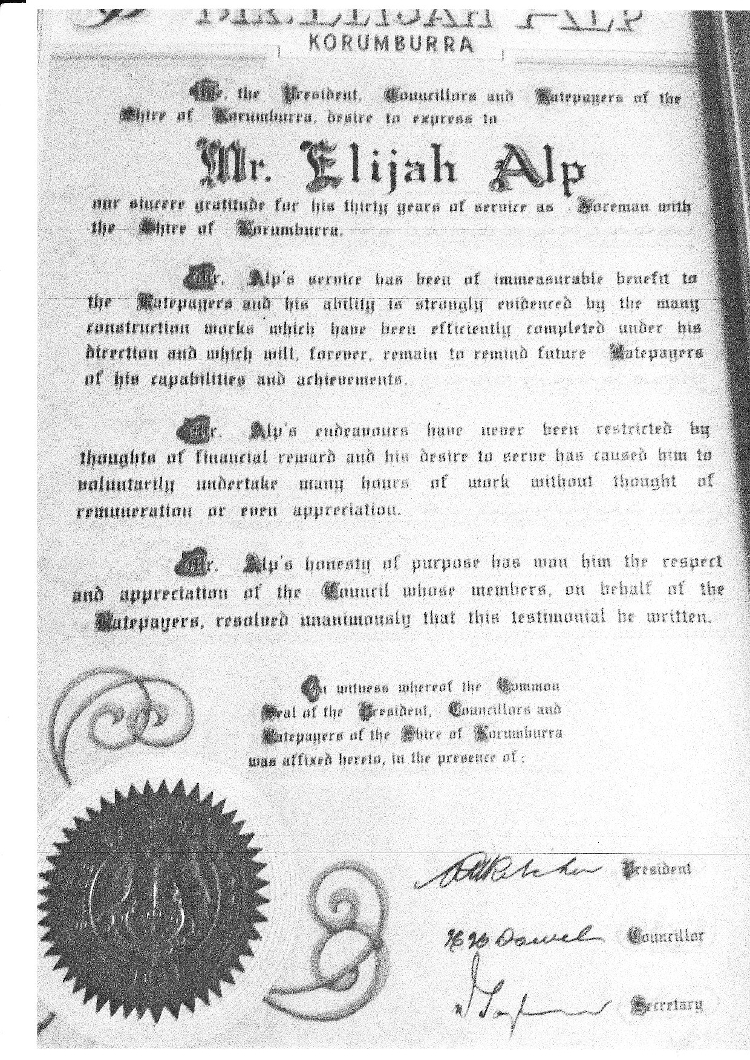 Detail of the Illuminated Address for William Alp. These were generally presented to prominent community members in recognition of achievements.

Bill also erected a pair of architecturally interesting homes, the Alp Duplex. The same type of brick used in the construction of the theatre was used to build these houses. The duplex was situated not far from the theatre at 3 & 5 King Street. Bill, who lived at number 5 for the rest of his life, named his house “Whalan”.

For 30 years Bill worked as Riding Foreman for the Shire of Korumburra. During his tenure he contributed to the development of comfort stations, roads, footpaths and drainage throughout the township. He gave freely of his time to support the Korumburra Football Club and Showgrounds. Bill, as his obituaries in local papers noted, was well regarded for his reliability and knowledge and dedication to his work. 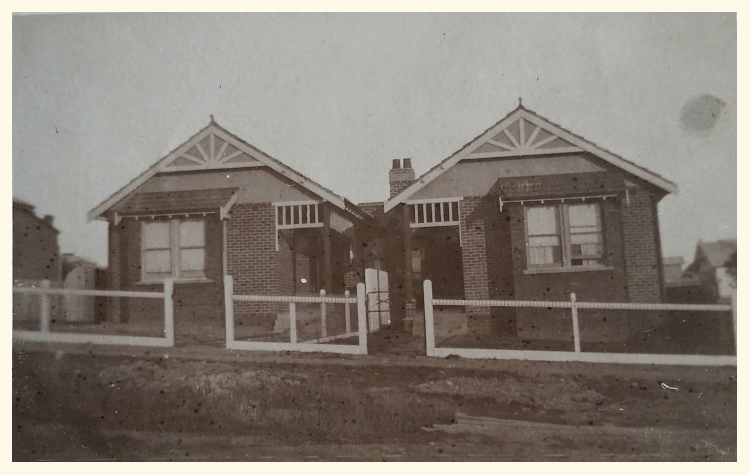 This image shows the chimney pots, now lost, and the original woven wire fencing and gate.

The Theatre was burnt and demolished in the early 1980s. Fortunately in 2020, after almost a century, the Alp duplex remains and reminds us of this unique style of architecture and the remarkable man who quietly went about improving his community. 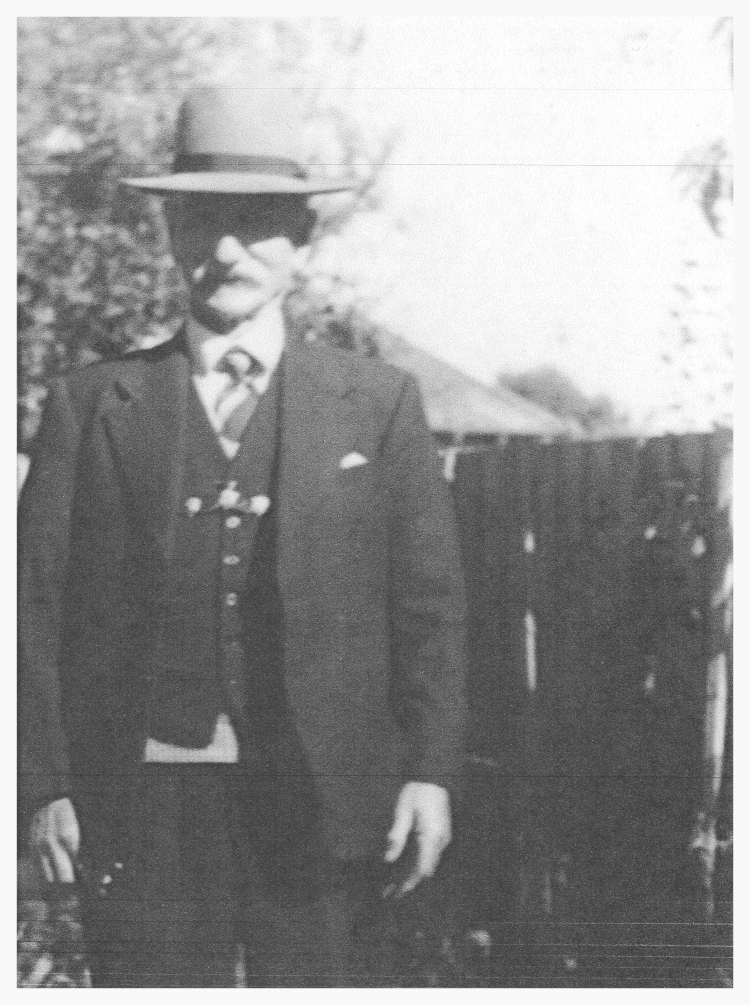 Thank you to Marlene, Bill’s granddaughter, for the information and images that provide us with a greater insight into Korumburra’s history.

What a lovely insight into an important and little known aspect of Korumburra’s history. Great to be able to so easily access the information online. Please keep them coming.