At a time when members of the Historical Society have been thinking about the history of the buildings at 3/5 King Street, and the association with the Korumburra Theatre building, it has come to their notice that Brian Blake wrote an article relating to the theatre. It is a lively piece of writing, a style that many have enjoyed. Brian was editor of the local paper for many years, and so his talents were shared with the people of the district. It is with great sadness that we have learnt this week of Brian’s passing. Brian was a foundation member of the Historical Society, held office in several guises; the history of the town was deeply ingrained. He knew the mining heritage, with his father a miner, and he wrote his place into the history of the town, however a more humble man you would not meet. Enjoy his piece about the theatre; it is almost possible for those who knew the building, to put themselves into the picture that Brian paints.
– Janet Wilson, Secretary, Korumburra & District Historical Society 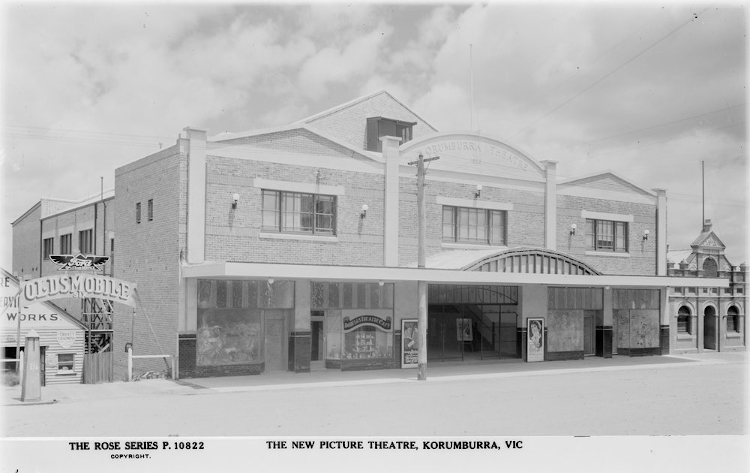 The destruction of the 56-year-old Korumburra picture theatre by fire last week removed from the town a landmark, and set off a chain reaction among generations of Korumburra residents for whom that building held special memories.

Hundreds of people have been recalling the past over the last week, remembering functions they had attended there, recalling the movies they had seen and the local personalities who added life and colour to the place.

The late Elijah Alp started a syndicate that built the cinema in 1926 with the proceeds of a 5,000 pounds win in Tattersalls.

It was a grand building for the time and was the entertainment centre of the community. The Depression was just descending on the world, and my first recollection of the place was sitting in awe watching the famous Charlie Chaplin in silent films. But we went often enough to laugh at Laurel and Hardy, ride with the goodies in their continued pursuits of the Indians, and sigh at the skill and grace of Ginger Rogers and Fred Astaire. The swirling skirts of Ginger Rogers caused quite a bit of trouble in their day. 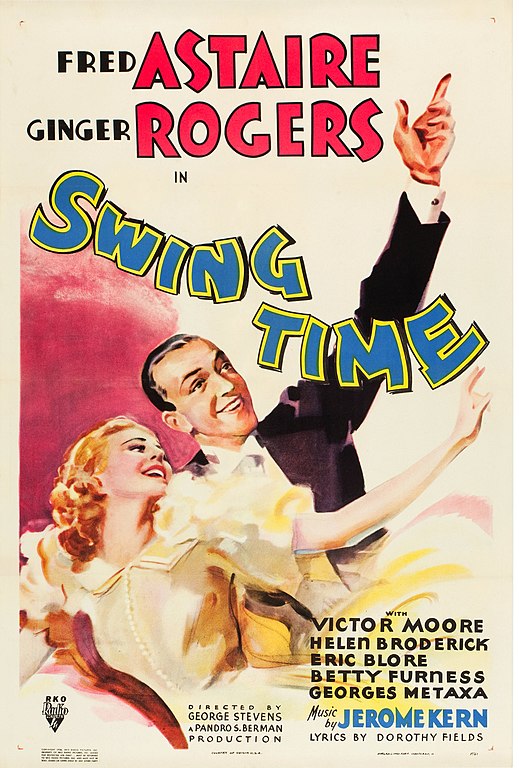 The good nuns at St. Joseph’s Catholic School were not very much in favour of the “sinful” antics of some of the actors and actresses on the silver screen. And Ginger Rogers showed too much “leg” for decency. At the regular Monday morning parades, those who admitted to going to the pictures on Saturday night were often paraded as bad examples to the less truthful pupils who were probably there as well. We’d feel ashamed of ourselves for a while, but we’d recover in time to join the long queues to the ticket box the next Saturday night. With a morning paper round and rabbit skins reaching one shilling each, my journeys to the pictures increased just before and during the war.

Mary Devlin and Lorna Gourley (in later years), back to back in the island ticket office, were always flat to the boards handling the crowds.

It used to irk us to be standing in the queue and see Biddy Stowe and Arthur Ashwood walk majestically past the ushers and settle in their favourite seats half way up the theatre. But not one of us was game to challenge them. Biddy had the fiercest tongue in the whole district, and the management gave her and Arthur free seats at every show for Biddy to keep the rowdy kids in order. And keep them in order she did. She would prowl around the seats and sail into the offenders. A hefty box under the ears would be ready for the rebellious. It wasn’t healthy to backchat Biddy, and it was mortally dangerous to sit in her seat.

Advertisements for Charlie Chaplin films at the theatre in the Great Southern Advocate from 1928, 1931 and 1928

Saturday night was always the big night. The fashion stakes were once a week events. The well-heeled would ascend the stairs to watch the show from the balcony. “Upstairs” was always a place of mystery to me. That was where the rich and influential and the beautiful went. It was always financially out of bounds for kids on paper rounds, who had ferrets for friends.

The mystery of “upstairs” remained for years until I turned 21 and was initiated into the Buffalo Lodge. They had their packed Sunday night meetings in the “upstairs” foyer. It was a grand place … carpet and all. At “Buff” meetings we were entertained by the late Stan Webster and his favourite “They Cut Down The Old Pine Tree” or the booming baritone voice of the late Bill Conn “On The Road to Mandalay”.

Those were the days before television came along to wreck Sunday night entertainment of this type.
From then on “upstairs” held no fears for me and it not long after lost its appeal altogether when the screams of a woman picture patron were heard all over the theatre from the balcony. She had unwrapped a block of chocolate and left it on her lap. When she felt for another piece in the dark, her hand touched a rat which had crawled up to share her chocolate.

If the high ceiling in the theatre wasn’t 100 feet from the floor, it certainly looked that high. Particularly the night we saw a foot come through the ceiling. Ron Sedgman, son of the managers of the theatre, was roaming around in the ceiling and slipped. Lucky for him he fell astride a beam, and didn’t fall to the floor.

Many a young romance blossomed in the theatre with the first cuddle in the dark leading to a later journey down the aisle to the altar. It was just as successful as a matrimonial bureau as it was in many other fields.
Cabaret balls were held there, and each year for many years, Myrtle Saunders and her dancing class would perform there for the district. She raised thousands of pounds for district charities and projects. Eisteddfods, choral society performances and debutante balls were all held at the theatre.

After the war, the theatre, still in the ownership of Lawrence Bros., saw crowds start to fall away.

The late Gordon Burns had purchased the old Mechanics Hall in Radovick Street and was screening rival pictures.

They were better shows, and for a while until Lawrence Bros. met the challenge, the Mechanics was the premier palace. 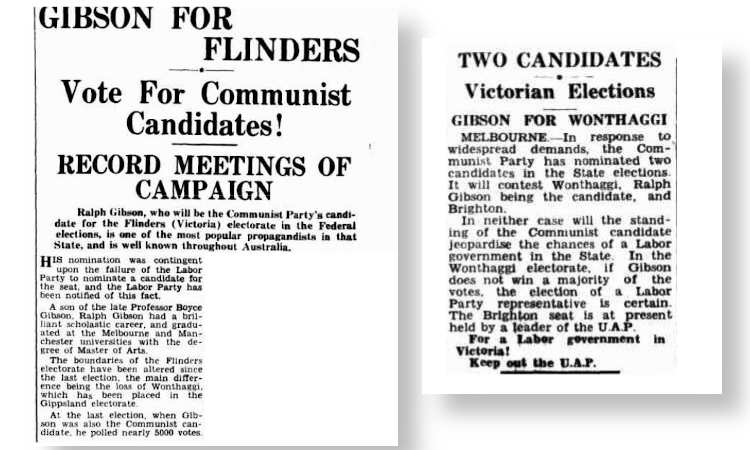 The theatre was also a place for political grandstanding prior to elections. People attended political meetings then. The heckling and the humour made up for a good night’s entertainment.

There was one meeting held there shortly after the war in which a communist by the name of Gibson was standing for the senate. A bus load of supporters came across from Wonthaggi. But Gibson’s speech was drowned out by stamping of feet, and singing by the scores of returned servicemen in the theatre.

It seemed strange to me at the time that men recently returned from a war which was supposed to be fought for freedom of speech (among other things) could act in this way. Jock Orr, a likeable miner who was always fighting for his fellow workers as a unionist, had his hat knocked off his head because he refused to remove it for continuous renditions of God Save the King.

Jock was a member of the communist party which was far less acceptable then than it is today. The bus was pelted with eggs as the small group of communist supporters was returning to Wonthaggi. The communist newspaper The Guardian, came out with an article the following week which said the people of Korumburra had given a great reception to Gibson.

Boxing tournaments were often held in the theatre, with packed houses barracking for the local talent. The late Clem Wilson was always to the fore in assisting with these. These boxing tournaments also raised a great deal of money for district charities.

There was always a lonely kid who sat in the very front seats regularly on Saturday nights. Leonard Hungerford had a scholarly look and always carried books. Leonard didn’t mix much with the other kids; but he always looked as if he wanted to. Years later that same theatre was bulging at the seams to hear Leonard Hungerford, world famous concert pianist, return in triumph to his home town. Leonard made a name for himself in Europe and America. The standing ovations he received from the huge crowd were something to see. 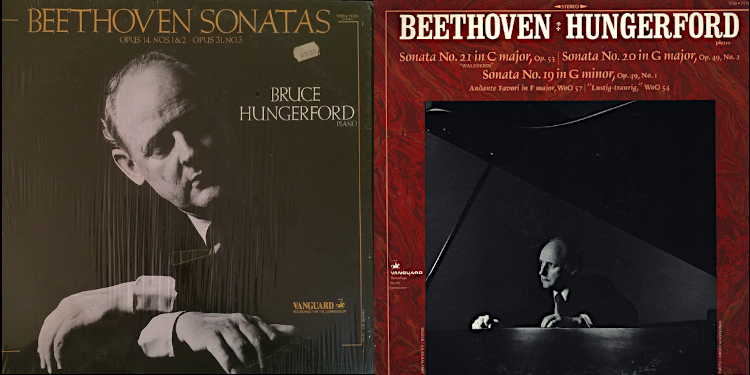 The late Geoff Hughes bought the building in the early 1950s from the Lawrence Bros. and a new era was in store for the theatre. Geoff spent thousands of pounds on new equipment, screen and renovations. He had the most up to date picture theatre in this part of Gippsland. He had been told that Korumburra was on the fringe of the coming television reception area, and movie picture would not be affected. But these predictions proved false.

Korumburra’s reception was as good as Melbourne’s, and people gradually lost the habit of attending the theatre. The theatre never really recovered. Geoff tried hard to make it easy for the community to buy the building and convert it into the only public hall the town had. No-one was interested.

The theatre became a screen-printing factory for a while and then was unused until two years ago when Geoff Hughes junior transformed it into a skating rink. His venture was a success and gave the theatre a new lease of life s well as providing a first-class amenity for the young people of the town and district.

So, right to the present-day youngsters, there are people with memories – and regrets that the theatre has gone.

An abridged version of this article appeared in the Cinema and Theatre Historical Association publication. The full article was published in the South Gippsland Sentinel Times of 11th. May 1982.

Very interesting to read his memoirs live on Through Brian Blake

A wonderful read bringing back fond memories of times past. So sad to hear of the death of Brian Blake who was considered part of the “Gow” family and will always be remembered fondly by me.

Interesting read, my dad was the one that had the screen printing business and I used to love playing there as a kid. It was very spooky going upstairs and down the basement. There were lots of pigeons. Very fond memories.

Thanks for the memories Sad to hear of Brian’s passing

Thanks for the memories