The Historical Wonders of Korumburra & District

Korumburra and District Historical Society is interested in hearing about our historical wonders. We have complied an initial list of some of the remarkable historic buildings and sites we live alongside. Please vote in the poll below or comment to let us know which of our historical wonders is most interesting to you.

The Kongwak Avenue of Honour was planted on the 15th of August 1918. Unique in the Shire for its mixed planting, it still maintains the original memorial trees. These are a mixture of Horse Chestnut, Bunya Pine, Lombardy Poplar, Turkey and Pin Oak and English Elm. About forty trees were originally planted, with the first planted by the president of the Hall committee, Mr CD Tulloch, the remaining planting “done by the mothers or lady relatives of the soldiers, as far as practicable”. A memorial cairn lists the names of twenty-six local men who served in the First World War, and sixty local men who served in the Second World War.

The magnificent Queen Anne building that still graces the station today was constructed by G. Vincent in 1907, for the Victorian railways. As a rare example of a station building in the Queen Anne style it is architecturally significant, historically significant both to the state and to the community.

In 1891 Korumburra celebrated the official parliamentary authorisation for the construction of railway lines from Korumburra to Coal Creek, Strzlecki and Jumbunna coal mines. The work to construct the line is something we can hardly take in, in terms of the number of people employed and the geographical difficulty of the construction, given the nature of the Gippsland terrain. The first line to Coal Creek was completed and opened on October 28th 1892.

The Jeetho Hall turns 128 years old this year. Designed by J. Waugh and constructed by W.J. Hosking in 1892, Jeetho Hall was the original Shire office, with meetings of the Council of the Shire of Poowong and Jeetho taking place in the hall until 1908. It is the only one of the four original municipal headquarters built prior to 1900 to survive, and the only surviving building of the former township of Jeetho.

In 1912 the Education Department accepted the tender of £5,380 from Neil Falconer for the construction of the magnificent red brick building that has housed thousands of schoolchildren from our district for over a century. Designed by GW Watson, the building is the only example in the Shire of the Edwardian ‘pavilion style’.

The former Shire of Korumburra Municipal Offices currently house the Korumburra Library and Rotary Art Gallery. The building is a significant example of mid 20th century architecture. The foundation stone for the building was laid in 1955 by Cr. R.N. Scott had who spent 18 year at the forefront of efforts to have new shire offices built in Korumburra, and retired in 1955 due to ill-health. Cr. Scott presented Sir Edmund Herring with a silver key to open the offices on the 26th of March 1956.

Constructed by L.C. Holmes in 1878, the Wesleyan Church in Poowong is the oldest public building in the South Gippsland Shire, and the first permanent building in the Poowong township. It is a stunning example of a Carpenter Gothic church and historically significant in demonstrating the role churches played in community development.

The former Korumburra Post Office at 24 Bridge Street, currently a residence, is the first post office in the Shire to be constructed on behalf of the newly formed Commonwealth Postmaster-General’s office. Designed by J.B. Cohen and constructed by Neil Falconer in 1904, it is a remarkable example of Federation architecture in a prominent location in Korumburra’s streetscape.

Korumburra’s hidden gem, the Botanic Park is home to a wide variety of trees, with grand oaks, cedars and elms standing alongside venerable native eucaplyts. You will spot many native birds as you take the Olsen’s Creek walk, which flanks Coalition Creek, with a series of walking trails and wooden bridges, a nature lover’s delight and a wonderful example of undisturbed local flora and fauna.

Coal Creek is the result of a huge effort by community and council, including overcoming an attempt by a group of local residents to block development, to establish a history museum in Korumburra. Residents even contributed to furnishing the buildings. The park was officially opened by the Victorian Premier, Rupert Hamer, on 2nd of March 1974. It is home to many historically significant buildings which may not have survived on their original sites had they not been relocated to the park. These include the old Korumburra Courthouse, an uncommon example of the Federation Queen Anne timber architecture; the Jeetho State School No. 2690, which includes original early furniture; the Krowera Presbyterian Church, one of the only early 20th century buildings from Krowera to survive; the Wattle and Daub cottage, believed to be the oldest building in the Shire; and the Cream Room, a very rare example of an early farm building.

The Korumburra Cenotaph: suggested and written by Dennis Conn

The Cenotaph was first built in 1922 and unveiled in the same year by Brigadier General Elliot, in 1924 the RSL had an electric lamp placed on the top of the Cenotaph. It stood at the intersection of Commercial and Bridge streets at the apex of the commercial area and in front of what is now the Scott’s Estate Agency building until sometime in the 1970’s. Not the only freestanding monument of its type, however its height and size make it unique within South Gippsland. There would not be many people having moved into South Gippsland that would know of the previous location of this monument and its history. No doubt there are to be found in the Historical Societies collection, photos of the Cenotaph at its original site.

The Cenotaph in its self has a fascinating and moving story, as is to be found in Tony and Andrew Moons book “Far From Home”. In order to upgrade the afore mentioned intersection Vic Roads had asked the then Korumburra Shire Council to approve its relocation. While the present location of the upgraded and enhanced Cenotaph has provided a much quieter environment for reflection, its removal from its original site, a prime location at the centre of our community, took with it something of the historical and cultural ambience it had invoked within the commercial area and heart of the town.

What do you think? You can vote in the poll below and make suggestions in the comments.

The beautiful building which was the railway station could have so many reasons for being….
instead of left to simply become derelict , remove the huge shed so the stunning building can be seen from Commercial St… when l went to a meeting there l was told the acoustics in the main hall were perfect for music nights…. there are many locals talented in the music industry… lets create entertainment in Korumburra… l would think the Burra Brewery would be happy to provide the refreshments … the station gets my vote 🙂

That sounds like a great suggestion to make to those working on the streetscape plans Angie. It is such a wonderful building.

The railway station is an iconic building and the jewel in Korumburra’s crown. Its preservation is essential for the town and for the State’s heritage.

The railway station seems to be the favourite Gerald, it’s such a majestic building.

The Jeetho Hall is one of the most important remaining historic buildings of our district. Built in 1892 by a community member it was gifted to the Shire of Poowong and Jeetho to become our first Shire offices. When the offices were reestablished in Korumburra around 15 years later the community once again became owners of the building. Extensive renovations in keeping with its heritage value see it still being well used to this day and our Jeetho community remains its guardian.

Lorraine it would be good to see more votes for the Jeetho Hall on the Gippsland History group polls on Facebook.

The Jeetho Hall is unique, not only because the firs local government was established there, but since it became a local community asset, it has been maintained by the local people. Those of us who have lived in the area for many years remember the fundraising events held to raise sufficient funds for essential work to be done, and then working bee’s to do that very work. Mostly farmers and workers, sometimes assisted by generous tradespeople, it was kept together pretty well until the State Government provided sufficient funds to restore it to it’s present excellent condition.
As a building it represents so much more than history, it is a place where people from all walks of life have done, and still do keep the local spirit alive, a place where anyone can meet and enjoy it’s ambience and this beautiful area of Jeetho. It really does represent what community spirit is all about. 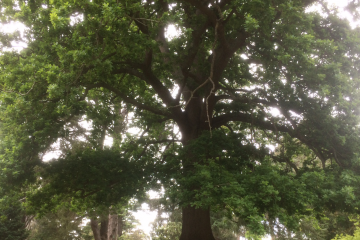