Last week Linda Fisher suggested that we include the railway subway in our ‘Historical Wonders’ group. The suggestion surprised me as, despite walking through the subway frequently, I have never wondered when it was built. The railway subway is certainly one of the less obvious historical wonders of our town, but it has a history all its own.
Plans began in 1895 for the subway, with a deputation of residents meeting with Railway Commissioners, urging them to begin the subway as soon as possible. The subway was included in a list of works which would cost approximately £52,000,1 over 8 million in today’s currency.2 The plans for the subway had it ’beginning at the west end of the refreshment rooms, and brought out to meet the present pathway at the foot of the steps’. The subway was to be 8 feet wide.3 The Railway Commissioners visited Korumburra in July of 1895 and declared work would begin immediately,4 and tenders were out put for the construction, closing in September.5 On Monday 10th September 1895 the contract was awarded to Messrs Smith and Sanders.6 The subway and a new engine shed were set to cost £2,500.7

Work must have been completed before April 1896, but not before November 1895. In April of 1896 the Secretary for Railways asked the shire to pay for half the cost of lighting the subway in the evening, as the subway “will be a convenience for the people wishing to go from one side of the township to the other at night.8 This was described as ‘A Beggarly Application’ by a journalist in the Great Southern Advocate.

The ways of the Railway department are indeed peculiar, or they would never have made the beggarly application to the Council of the Shire of Poowong and Jeetho to pay half the cost incurred for lighting the subway, Korumburra, at night. At present a light is kept burning there until after the last train leaves the station. It is then extinguished.Should any person linger a little longer than usual in the refreshment rooms, he will have to grope his way through darkness that can be felt to get to the other side of the street. When it becomes thoroughly known how accommodating the department is to the thieving loafers who occasionally visit Korumburra, something sensational may take place in the tunnel. If it happens to be one of the local constables that is used as the burnt offering headquarters will inquire the reason why the police permitted this menace to public safety to exist. In any case the cost is so paltry that it is scarcely worth the department risking the chance of accidents. About £3 per year would cover it all.9 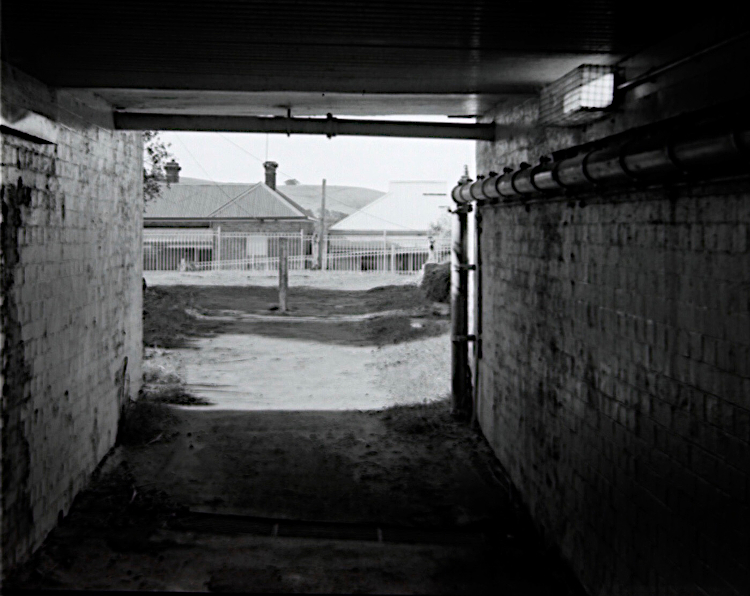 The Station Street end of the subway was completed by 1899.

By June, however, the council had agreed to pay half the annual cost of 36s.10 Perhaps they wanted to avoid any more incidents like Mr William Blake’s accident in November of 1895. Described in The Argus as a ‘a very old and highly esteemed resident of Korumburra’, William was making his way over the tracks to the railway station when he fell between the sleepers and into the subway excavation, hitting his head and gashing his left temple severely. He was knocked unconscious and carried to a Dr. McCree’s surgery in a serious condition.11 Mr. Blake recovered, but very slowly, according to his claim made against the Railway Commissioners and the subway contractors, Messrs Smith and Sanders in May of 1896. The jury awarded Mr. Blake damages of £291, saying precautions had not been taken to avoid accidents, namely poor lighting and failure to cover the excavation. In June the defendants appealed the decision, but in August the appeal was dismissed.12 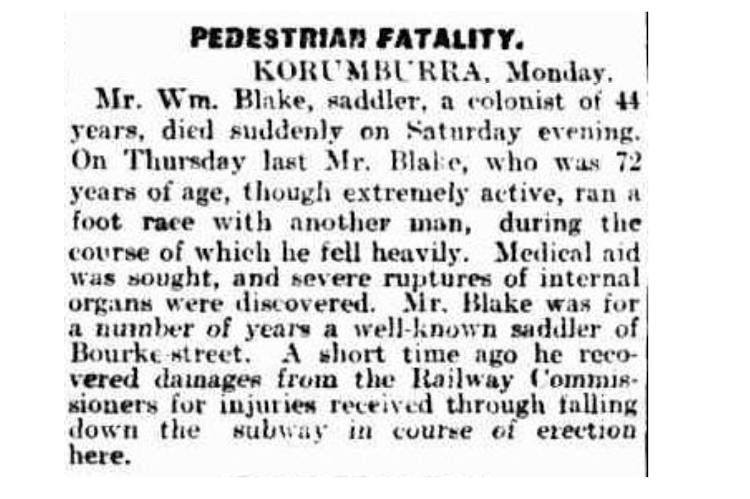 A little over a year later Mr. William Blake met with another, this time fatal, accident inside the subway in September of 1897. Mr. Blake was described in the report of his death in the Leader as ‘extremely active’, despite the fact that he was 72 years of age and had suffered a serious head injury less than two years prior. The report alleged that he had suffered a heavy fall after ‘running a foot race’ against another man, and that the fall caused ‘several ruptures of internal organs’.13

By 1899 new plans were being made to update ever-expanding railway with new buildings, and the subway to be extended right out to Station Street.14 The extension was carried out prior to the construction of Korumburra’s famous railway building,15 and in the early 20th century the subway is often mentioned in print. Nowadays it certainly doesn’t seem like a historical landmark, set back from the street, dilapidated, sinking into the landscape. It might be hard to imagine the subway when it was newly built. Try to imagine it back in 1927, during what was then described as Korumburra’s ‘biggest fire’. The fire tore through Commercial Street, destroying Mr. H. Biggs’ skin store, . Mr. V.L. Fowler’s auction mart, J. Gleeson’s, H. A. Johnson’s, Win. Squire & Son’s, Alex. Scott and Co’s offices, Mr. A. Reddick’s billiard room, W. Hallandal’s hairdressing saloon and an unoccupied shop next door to the auction mart. Volunteers frantically helped business owners remove what they could from the stores but much was destroyed. The Great Southern Advocate painted a vivid picture of the evening, writing that the firefighters were “full out” in their efforts to stop the fire at the subway entrance. ‘The firemen who held the hoses there and stopped the raging inferno are worthy of the highest recognition for the test they were put to. It was a supreme one, and they won through when the odds against them were tremendous.’ 16 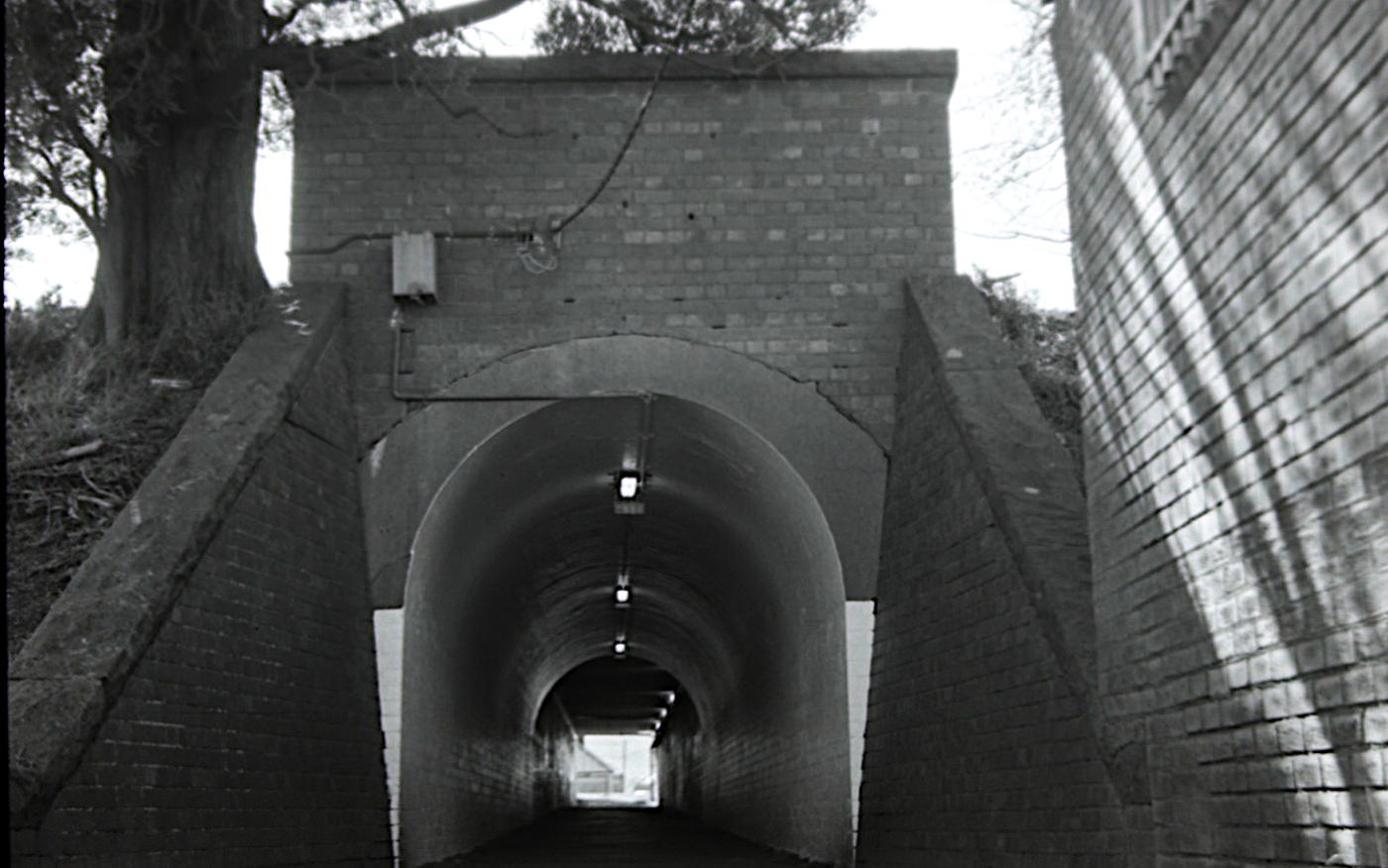 Having been born in the Korumburra hospital in 1945 I remember well these old buildings. I walked through the subway everyday of my school years, I waited eagerly till I was tall enough and could jump high enough to touch the roof like the big kids could.Then I walked through it to go to work every day. And walked home through it after the pictures and at night after the Wednesday night dances in the picture theatre. How times have changed
I have so many happy memories of my life in Korumburra and thank you for helping me to remember them while reading your articles.

Thank you for bringing back wonderful memories of Korumburra. I too was born in Korumburra in 1949. The poor old subway was very scary when I was a kid. We used to run as fast as we could to get through in case there was a boogy man to frighten us. But of course there was none. Keep these great posts comming I am loving them.

As a teenager I remember the railway station signal box as it was called, bridge and rise, directly above the Station Street entrance to the Subway. It was an understatement to call it a box as it was at least a two storied and long building clad in weatherboards. I can not remember the year it was removed however, I do know that along with the small treed reserve to the west side of the entrance to the subway, the removal significantly changed and opened what was a more enclosed and tidy landscape. Also no graffiti to be seen in those days.
Mr Cox who lived in a now gone railway home beside the south-east end of the current bridge over the rail line would be seen coming and going from the signal box as he was the primary operator of the rail signals. Thanks for the memories.
Dennis Conn