The Covid 19 Pandemic has been with us since March 2020. The purpose of this article is to highlight a significant historical engineering achievement that was completed during the Pandemic, from May 2020 until October 2020.

I refer to the construction of the walking track from Guys Road, Korumburra to the Korumburra Secondary College, replacing the tired asphalt “goat track” that had been in place for many decades.

I have personally had a significant involvement with this project over the last 4 years.

In November 2016 I attended a community capital works meeting at the Italian Club, as Council were offering $400k in community grants for Korumburra. I raised the issue of the Secondary School walking track as a possible project, but a council engineer, present at the meeting, advised the cost would be $900k to Victoria Street or $600k to the south end of Radovick Street. Needless to say, the project did not get any meeting support due to cost.

As I was retired and an active member of the Korumburra Round Table, I decided to pursue this project and accordingly, in February 2017, I had a meeting with Anthony Seabrook (Director of Sustainable Communities and Infrastructure) on the track site and walked the track with Anthony so he could see first hand the issues and problems with the track.

On the 5th May 2017 I again spoke to Anthony as he had promised maintenance works on the track and he advised that maintenance works would commence in the next few weeks with design and costings to be finalised later in the year.

I then decided to submit a section S523 submission to council seeking funding for the walkway with the hope that funding would be available in the 2017/2018 council budget. On the 17th May 2017 I gave my presentation to council. I was satisfied with the response, and also had press coverage in the Sentinel Times on the 23rd May 2017.

After my S523 submission, I received a letter from council advising the design for an upgrade to the path was on the design program for 2017/2018, but it also confirmed that no changes would be made to the 2017/2018 budget.

On the 21st Sept 2017 I sent a letter to the then council CEO Tim Tamlin and the 3 Korumburra riding councillors, (Andrew McEwen, Aaron Brown and Lorraine Brunt) seeking urgent maintenance works on the track, as I was frustrated that promised works had not happened. Note that I enclosed A3 photos of the worst parts of the track with each of the letters. (With thanks to Paul Rothier for blowing up my photos to A3 size!)

So finally there was a story and photo in The Great Southern Star on 10th Oct 2017 showing repair works to the track. Council responded to me by letter acknowledging completion of patching of the worst areas along the track and advising that this was only a temporary solution until an alternative design has been drafted and funding received.

On the 31st October 2017 I submitted a letter to council re submission supporting the track priority for their “Paths and Trails Strategy 2017 – 2022”. Letter received back from council 13th Nov 2017 acknowledging my submission.

Finally in early 2018 I was advised that a Capex for the walking track was in the council budget for 2018/19 at a cost of approximately $900k. However due to design and engineering issues the project was carried forward to the 2019/2020 budget year.

Note that as an active member of the Korumburra Round Table I would contact council officers prior to the KRT monthly meeting seeking regular updates on the progress of the walking track project. My contacts at council were primarily in the engineering department, viz Paul Challis, Jesse Joyce or Anthony Seabrook. Also our KRT meetings had council officer Bryan Sword as a regular presenter and 3 local councillors (before council was suspended!). Thus I was able to keep the project as a focus point for the KRT and lobbying council representatives certainly helped.

In September 2019 I received a copy of the draft plans for the walkway from council. This was an exciting step as most of the engineering and design problems seemed to have been resolved.

Council decided to acquire land ex developers Vic Properties in the area from Sommers Crescent to the High School (approx 5 metres in width). The land purchase was completed in early 2020 and new fencing was constructed on new title lines. The tender for the construction contract was approved at the 26th Feb 2020 council meeting. The successful tender was A1 Civil Pty Ltd from Drouin.

The next issue was the establishment of an onsite depot for the construction company and they were able to negotiate some land from the developer adjacent to the High School grounds. Note that Alan Winterhalter also assisted with the provision of a temporary depot as construction moved closer to the town.

Finally, construction works began on the 5th May 2020 right in the middle of the Covid 19 Pandemic and in the last month of Autumn before progressing into a cold and wet Korumburra winter!

The 2.5 metre wide track is designed to accommodate both pedestrian and bicycle use. Hand rails were built along some sections of the track as an added safety issue. Additionally, as construction moved into the residential area of Jumbunna Road, the old “spoon drains” were replaced with kerbing and channeling which certainly improved the ascetic view of Jumbunna Road.

There were also challenges with driveways, especially around Wells Lane but to their credit the construction company and council engineers resolved these issues.

The construction company finished the majority of their contracted works as at 31st October 2020 with just some signage and line marking works left to be completed under their contract.

On Friday 27th November 2020 I met with council engineers Paul Challis and Jesse Joyce on the site of the walkway. We had a great meeting reviewing what had been done and what minor works were required to complete the project. Issues outstanding are bitumen works to cover the edge of the road next to the track, additional hand rails on the Sommers Crescent to High School section and line marking and signage on the track.

I also discussed my request for the provision for 2 seats along the track and it was agreed that this “is still on the cards”. I also raised the issue of weed control along the track and indications are that the on-going maintenance and beautification of the track is to be instigated with councils Parks and Gardens Team.

Final completion is estimated as January 2021 and the project is expected to come in on budget.

This has been an excellent outcome for Korumburra and provides a safe corridor for students and the general public from the High School to Guys Road. The completed kerbing and channeling in Jumbunna Road has also provided a much needed revamp of what was a previously an untidy and neglected area.

This track is a monument to the dedication and initiatives of all parties involved, during the most trying times imaginable. Let history record and acknowledge this asset that will remain for many years to come. 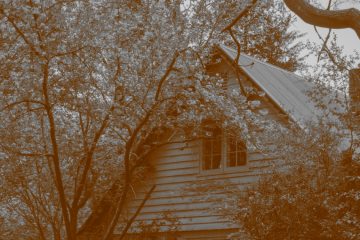 Here is a story about a couple who married both for the second time, both with baggage, lots of kids that were adults, and both with a lot of furniture. They did what a lot Read more… 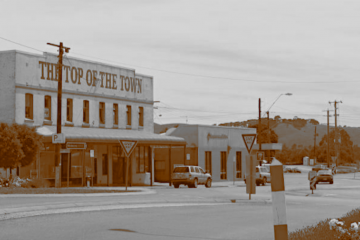 Hidden in Plain Sight: ‘Top of the Town’ its place in our history

Thanks to Ethan for sending this in: Hidden in plain sight is the history that is locked away and painted over, in the big abandoned building on the bends that we all drive past every Read more…